Meat consumption is linked to obesity, see for instance those scientific reports:

Godfrey at al: Meatconsumption, health and the environment, 2018

"The EAT-Lancet Commission report (2019) suggests that dietary shifts to less meat consumption will not only reduce overweight/ obesity rates but will also significantly reduce greenhouse gas production. The Lancet Commission report “Global Syndemic of Obesity, Undernutrition, and Climate Change” (LCO 2019) suggests a series of double- and triple-duty actions that have the potential to address overweight/obesity, undernutrition, and climate change simultaneously. None of the estimated economic benefits of overweight/obesity prevention as yet build in these huge potential climate co-benefits.

Preventing overweight/obesity is therefore a global public good from both public finance and health perspectives. Furthermore, governments have a key role to play: they can intervene to ensure consumers are informed about the health consequences of their dietary choices and can correct for large dif- ferences in relative prices".

Long believed to be a problem exclusive to high-income countries, evidence shows that over 70 percent of the world's 2 billion overweight and obese individuals live in low- or middle-income countries. Faced with increasing disability, mortality, health care costs, and lower productivity, obesity is a growing concern for all countries regardless of income level, says a new World Bank report launched here today.

Obesity has a major impact on national economies and on human capital by reducing productivity and life expectancy and increasing disability and health care costs. It is projected that in the next 15 years, the costs of obesity will total more than US$7 trillion in developing countries.

The report Obesity: Health and Economic Consequences of an impending global challenge states that obesity-related diseases are now among the top three killers across the globe, except in Sub-Saharan Africa. Recent data show that since 1975 obesity has nearly tripled and now accounts for 4 million deaths worldwide every year.

“As countries grow economically and per capita income rise, the devastating impacts and burden of obesity will continue to shift toward the poor,” says Dr. Meera Shekar, Global Lead for Nutrition at the World Bank and co-author of the report along with Dr. Barry Popkin from the University of North Carolina.

In addition to directly increased health care costs, there are also indirect costs associated with, for example, reduced work productivity, absenteeism, and early retirement, which affect individuals and societies.

Many countries across the globe are also suffering from what is referred to as the “double burden of malnutrition”—high stunting and increasing obesity rates, further compromising their human capital.

“One of the most effective ways to address obesity and other non-communicable diseases is by ramping up investments in affordable, quality primary health care”,says Dr. Muhammad Pate, Global Director for Health, Nutrition and Population at the World Bank. “This makes sense both from a health and an economic perspective. Putting more resources on the frontlines to detect and treat conditions early, before they become more serious, saves lives, improves health outcomes, reduces health care costs and strengthens preparedness.”

The report stresses that in order to avoid the rise of obesity in future generations, governments and development partners must adopt a comprehensive approach. Effective primary health systems will be crucial together with a strong focus on preventative measures such as mandating the labeling of processed foods; increasing consumer education; reducing salt and sugar-sweetened beverages; and investing in early childhood nutrition programs.

The report also highlights the importance of strong fiscal policies, such as taxation of unhealthy foods; and enhancing urban design, such as playgrounds in schools and walking and bicycle paths.

Financial support for the preparation of the report was provided by the Government of Japan through the Japan Trust Fund for Scaling Up Nutrition. 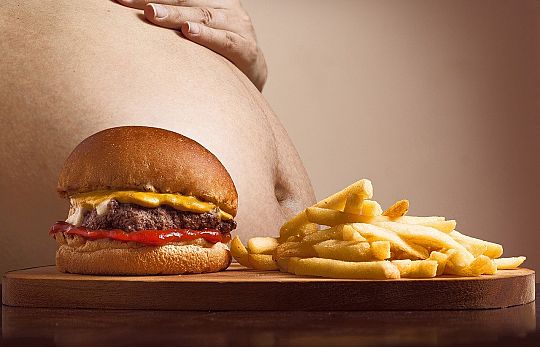